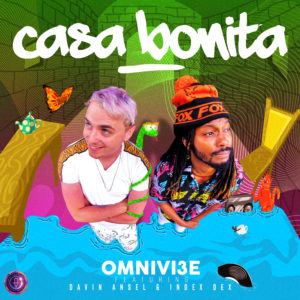 Davin Ansel & Index Dex are an act from production team Omnivi3e (pronounced Om-ni-vibe) who to date have had 14 top ten hits.

Index Dex has gathered various impressive accolades which include performing next to UK garage and grime royalty in the form of Roll Deep. This collaboration came at the renowned London Love-Box Festival. Index Dex has also graced the stage at the world famous Notting Hill Carnival in 2015 and this became a catalyst for his return to tour his Native Republic of South Africa. The aptly named Venda Tour had him appearing on platforms such as Power FM and on stage along chart topper A-Reece. His current single, “Afterlife”, is a difficult musical masterclass portrait painted on a canvass.
Index has currently been working with a hitmaker producer Andy Whitmore, with the release of Ricochet, with more single to still follow, Index dex has so much more in-stored with dates already planned to release the highly anticipated single coming out in May “VANS”yet still notable for a triumphant resolve in as much as it is just the latest instalment of a long running love affair between music and the artist, the visionary, the man, Index Dex.

Produced by Andy Whitmore who in the past has worked with the likes of Terence Trent D’Arby, Peter Andre and Atomic Kitten to name but a few, you can find more information on Davin https://omnivi3e.com/davin-ansel/ & Index https://omnivi3e.com/index-dex/ or on social media at

You can listen to Casa Bonita by Davin Ansel & index Dex on the link below: