New Release: Need to Be

Sometimes a little pain can provide the greatest inspiration

Back in November 2017, Azadeh and Andy Whitmore were both going through a bit of a hard time, emotionally. A time that required reflection and some much-needed soul searching. Well, when you’re an artist, it’s these moments that often yield the greatest creative results.

That month the Greystoke Studio welcomed what can only be described as an ‘energetically haunting’ masterpiece of a song. Produced by Andy and combining a mix of ethnic instruments and ‘moody’ strings, the track was topped off with the soulfully seductive tones that only an artist like Azadeh can pull off.

A rainy day in the middle of November saw the duo recording all of the vocals and creating an ‘end of day’ rough. Producer Matt Knight was handed the track to polish into a final mix, but Andy still couldn’t get the original version, out of his head. There was just something about it that he couldn’t put his finger on. It just had that ‘VIBE! Solution: release both, and call the Andy version: “Need to Be” – Low Fidelity Mix.

Listen to it NOW. You won’t want to take it off your playlist. It’s a simply beautiful track that you’ll never forget. 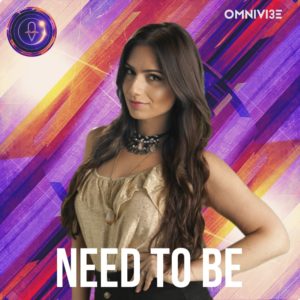